Perfect replacement for comedy king Rajendra Prasad is Allari Naresh who is doing more than seven films in a year and turning as minimum guaranty hero for producers in TFI. Naresh who has made his first film title as his surname in industry is coming to entertain audiences with one more complete fun film Kevvu Keka. Allari Naresh has teamed up for second time with director Devi Prasad for Kevvu Keka movie. Devi Prasad has even inked the story, screenplay and dialogues for Kevvu Keka like his previous films. Kannada heroine Sharmiela Mandre is making her debut into Tollywood with this film. The film has recently completed censor with the U/A certificate.Boppana Chandrasekhar has produced Kevvu Keka under Jahnavi Productions banner. Rest of the technical team of Kevvu Keka has music given by Bheems-Chinni Charan, cinematography by Adusumilli Vijay Kumar and editing by Hari Nandamuri. 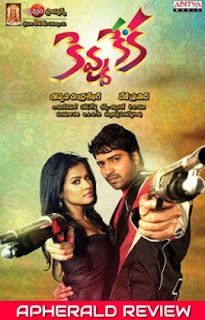